I've been involved with Wikipedia since 2003, when I was the first university professor in the world to teach with it in a classroom assignment. CNN aired a story about my students, which was also the first-ever English language television story about Wikipedia. Shortly after, I wrote one of the earliest academic papers about the project - Wikipedia as Participatory Journalism: Reliable Sources?.

In 2009, my book The Wikipedia Revolution was released as a history of the project and a deep examination of how the community and policies work. (See more in the book section).

As an extension of my Wikipedia work, I have been collaborating with GLAM (Galleries, Libraries, Archives and Museums) institutions on projects in the Wikimedia community, and have helped organize training out of the U.S. National Archives. At American University, I created and taught classes that worked on Wikipedia editing with cultural institutions in Washington DC, including the Smithsonian Institution, Library of Congress, U.S. National Archives. These activities were covered in a story for the NY Times ("Warming up to the culture of Wikipedia", March 19, 2014).

I've given keynote talks to both the Wikisym 2010 academic conference, and Wikiconference USA 2015. I also serve on the steering committee for the global Wikimania conference, the annual international gathering of Wikipedia/Wikimedia editors.

In recent years, I have been focusing on structured and linked open data through Wikidata education initiatives with US-based cultural institutions, including The Metropolitan Museum of Art and Balboa Park museums (San Diego).

Error:The media ID is invalid or the media was deleted. 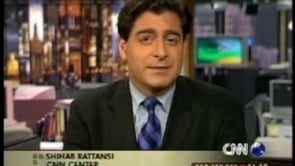 Error:The media ID is invalid or the media was deleted.